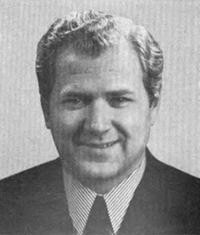 Morgan Francis Murphy (April 16, 1932 – March 4, 2016) was an American politician. He was born in Chicago, Illinois. He was a member of the United States House of Representatives representing Illinois's 2nd district. He served from 1973 through 1981. He replaced Abner J. Mikva. He later served as a U.S. representative for Illinois's 3rd district. He served from 1971 through 1973.