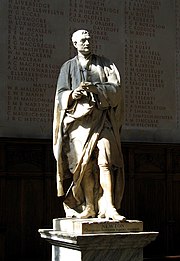 Statue of Isaac Newton in the chapel of Trinity College, Cambridge

Newton's universal law of gravitation is a physical law that describes the attraction between two objects with mass. It is talked about in Isaac Newton's Philosophiae Naturalis Principia Mathematica.[1][2] The law is part of classical mechanics. 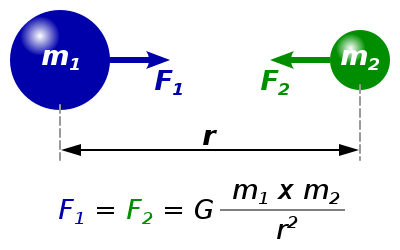 In SI units, Fg is measured in newtons (N), m1 and m2 in kilograms (kg), r in metres (m), and the constant G is approximately equal to Lua error in package.lua at line 80: module 'Module:Gapnum' not found..[3]