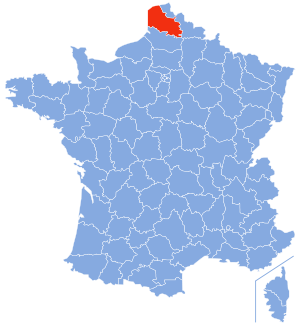 Pas-de-Calais (Picard: Pas-Calés; Dutch: Nauw van Kales) is a department found in the north of France in the Hauts-de-France region. Its prefecture is Arras. Its population is about 1,456,000 (2006 estimation). It is one of the 83 first French departments made during the French revolution.

Coat of arms of Pas-de-Calais.