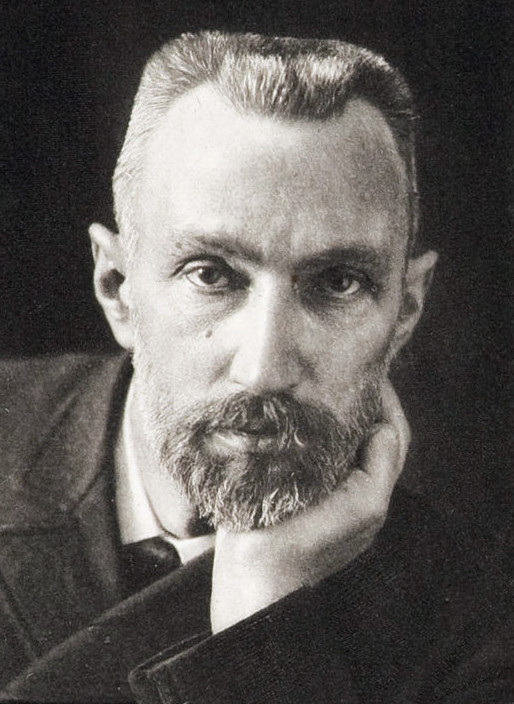 Pierre Curie (15 May 1859 in Paris – 19 April 1906 in Paris) was a French physicist. He shared the 1903 Nobel Prize in Physics with his wife, Marie Curie and Henri Becquerel, for the work on 'spontaneous radioactivity' which Becquerel discovered.[1]

Pierre Curie is not as well known as Marie Curie, although Pierre and his brother had done a lot of work before Pierre's marriage and work with Marie. They were the first to use the term 'radioactivity', and were pioneers in its study. Pierre and his brother, Jacques Curie, built a special meter for measuring small amounts of electricity which Pierre and Marie used in their other discoveries.

Pierre died after a carriage accident in Paris on 19 April 1906. His head was crushed under the wheels. If he had lived he would probably have died by radiation poisoning, as Marie did. As they were the first to study radioactivity, they did not know how dangerous it was.

After Pierre's death, a group of scientists at the Radiology Congress decided to honour him by naming the unit of radioactivity a curie.

Pierre and Marie Curie's daughter Irène Joliot-Curie and their son-in-law Frédéric Joliot-Curie were also physicists involved in the study of radioactivity, and were also given the Nobel prize for their work. Their other daughter Ève wrote her mother's biography. His granddaughter Hélène Langevin-Joliot is a professor of nuclear physics at the University of Paris and his grandson, Pierre Joliot, who was named after him, is a noted biochemist.