President of the Philippines

However, four vice presidents have assumed the presidency without having been elected to the office, such as by the death or resignation of an incumbent president.[note 1]

Filipinos refer to their President as Pangulo or Presidente. The President serves a single, fixed, six-year term without possibility of re-election. On June 30, 2016, Rodrigo Duterte was sworn in as the 16th and current president.

Article 7, Section 2 of the Constitution reads that in order to be eligible for President the person must:

As of April 2021, there are four living former Presidents: 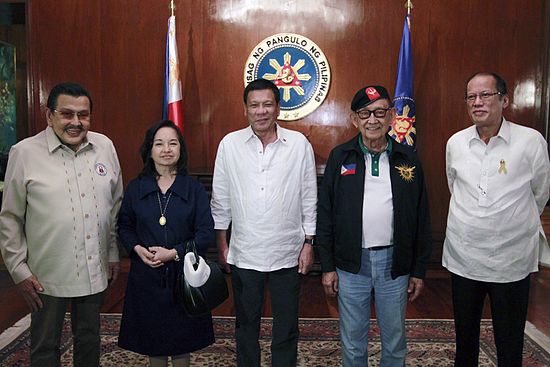