The following table gives the upper and lower letters forms of the Serbian Cyrillic alphabet, along with the Serbian Latin equivalent and the IPA value for each letter: 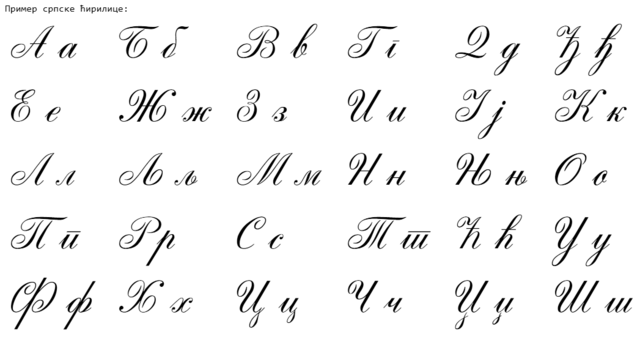 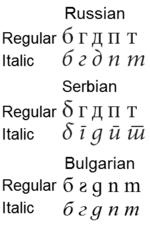