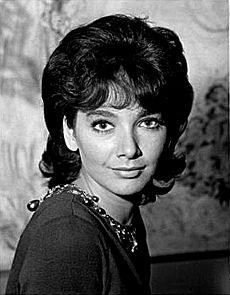 Suzanne Pleshette (January 31, 1937 – January 19, 2008) was an American actress. She played Jeanne Greene in Youngblood Hawke in 1964. She also played Annie Hayworth in The Birds one year earlier. She also voiced characters during certain movies. She then played Emily in the sitcom The Bob Newhart Show (1972-78).

Pleshette was born in Brooklyn, New York. She died due to respiratory failure twelve days before turning 71.[1]