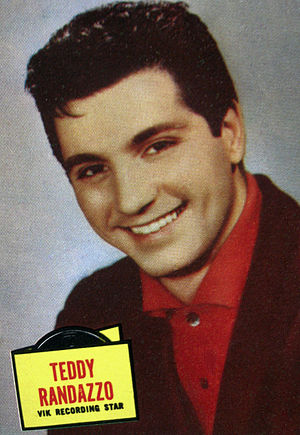 Randazzo appeared as himself in a 1962 movie, Don't Knock the Twist, which was about the Twist craze of the early 1960s.