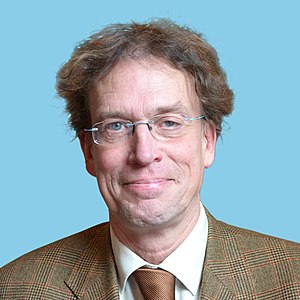 Witteveen was born in Rotterdam, South Holland. His father was Johan Witteveen and he was also the great-grandson of social-democratic politician Floor Wibaut. He studied law at Leiden University. He was married and had two children.

Witteveen and his family were on board the Malaysia Airlines Flight 17 when it was shot down on 17 July 2014, killing all people on board. He was 62. The flight was meant to go from Amsterdam to Kuala Lumpur, Malaysia but was shot down near Hrabove, Ukraine. Witteveen, his wife and daughter were among the 193 Dutch citizens killed. His son, Freek, was not on board.[1]

Witteveen was a Sufi.[2]