Bland was born in London in 1789. His father, Dr. Robert Bland, was an obstetrician. Bland joined the Royal Navy in 1810 as a surgeon and served on HM sloop Hesper. While in Bombay, India he got into an argument with another officer, Robert Case. He challenged Case to a duel with pistols on 7 April 1813, and Case was killed.[1] Bland was found guilty of murder and sentenced to seven years prison in Van Diemen's Land.[1]

In 1818 he wrote critical comments about Governor Macquarie's treatment of farmers. He also made fun of Macquarie's desire to have his name on foundation stones. Bland's handwriting was recognised. On 25 September 1818 he was found guilty of libel, fined £50 and sent to prison for a year.[5]

In 1830 he opposed attempts to sell large areas of crown land. He joined the Australian Landowners Association in 1831 to fight new land laws. When the Sydney Free Grammar School closed after only one year in 1826, Bland came up with a scheme to start a new school to replace it.[2] Sydney College began in 1830. The foundation stone of a new building was laid by the Chief Justice, Sir Francis Forbes, in 1830.[6] Bland was treasurer of the of the college from 1835 to 1844. In 1845 he became president. The buildings were sold to the University of Sydney in 1853. Sydney Free Grammar School and Sydney College were the beginnings of the current Sydney Grammar School which began in 1854.[6]

He worked at the Benevolent Society as well as having a private medical practice. He dispensed medicines from his house until a proper dispensary was begun. He gave the Society advice on building a room to be an operating theatre and mortuary. He continued to assist at the Society until 1863.

He gave land and money to build a church at Ashfield.[2]

He was an active writer. he wrote articles on new medical techniques which were published in the Lancet magazine.[2] He wrote articles for the Australian Medical Journal on snake bite and dislocations.[2] He edited the book "Journey of Discovery to Port Phillip, New South Wales" written by William Hovell and Hamilton Hume.[2] He wrote a small book about how to prevent fires on ships carrying wool.[2] He designed the "Atmotic Ship", a balloon filled with hydrogen and moved by propellors.[7] A model of the atmotic ship was shown at the International Exhibition in London in 1851 and at Crystal Palace in 1854.[2]

In 1835 the Australian Patriotic Association (APA) was formed. William Wentworth was president, and Bland was the secretary. His letters for the APA show Australia beginning to see itself as an independent nation. The main function of the APA was to draw up a constitution for New South Wales. The constitution was accepted by the British parliament and self government began in 1843.

In 1849 Wentworth introduced a bill to create the University of Sydney. He named Bland as one of its first senators. Robert Lowe reminded members that Bland had been a convict and had killed a man in 1813. He said that such an important institution should not be run by convicts.[2] The bill failed. Bland wanted to fight a duel but Lowe avoided it. The bill was re-introduced without Bland’s name and was passed.[2]

A banquet was held in July 1856 to celebrate the grant of a new Constitution by the British government. Bland was the guest of honour. On 5 November 1858 he was given money and a candelabrum for his services to the community. He resigned on 21 March 1861 from the Legislative Council. 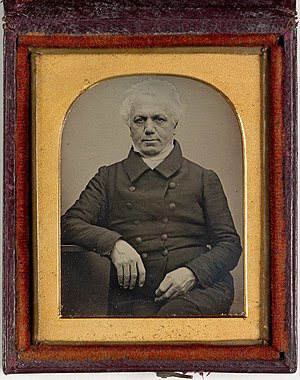 In February 1846, Bland remarried a widow, Eliza Smeathman.[4] He continued to work as a doctor until 1868. He was the founder and first president of the Australian Medical Association in 1859.[2] A photograph was taken of him in 1845. This is the oldest surviving Australian photograph.[9] In 1861 he was declared a bankrupt. He died in Sydney on 21 July 1868 of pneumonia, and was given a State Funeral.