Birdwatching or birding means going outside to enjoy watching birds. It is a popular hobby. Someone who does this is called a birdwatcher or birder. These two words mean the same thing, but people who spend a lot of their time watching birds, taking their hobby seriously, are more likely to call themselves “birders”, while “birdwatchers” may just be people who like watching birds when they happen to go for a walk. Both birdwatchers and birders are usually amateurs. The scientific study of birds is called ornithology. People who study birds as a profession are called ornithologists.

Birdwatching (or birding) is very popular in countries such as Britain and the United States. It can be especially rewarding in spring when a lot of birds are singing and building nests to raise their young. In spring and autumn many birds can be seen as they migrate. In winter some other kinds of birds may be visiting from colder areas such as the Arctic where there is no food in the winter. 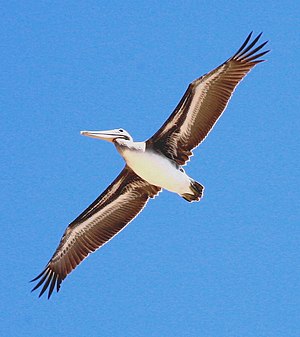 It is useful to have a good pair of binoculars to help to see birds that are far away more clearly. Scopes or telescopes can also be used. These give much greater magnification than binoculars (making the birds look much bigger), but they need to put on a tripod because they cannot be held steady by hand. They are useful for looking at birds that stay in one place for some time such as ducks swimming on a lake, but no use for birds flying in the air or hopping quickly from one tree to another. Some birders like to take photographs of birds. This is difficult to do well unless one has good, expensive cameras and long lenses. Telescopes can be attached to cameras. This is called digiscoping.

a pair of binoculars are essential for birdwatching

Some birdwatchers are called twitchers. Twitching means spending all one’s time trying to see as many different kinds of birds as possible (the normal word “twitch” means: making little jerks in the body, often with muscles in the face). Twitchers keep lists of all the birds they have seen, and if they hear that a rare bird has been seen somewhere, they travel long distances to try to see it so that they can add it to their list.

Although birdwatchers are amateurs, they can be very useful, because they can tell organizations such as the British Trust for Ornithology about what they have seen. This is one kind of citizen science. This information can be useful when discussions take place about possible damage to the environment, e.g. because of new developments (building). It can help us to protect the birds, because we understand their needs. Some birders help with bird ringing. Putting a ring on a bird’s foot helps us to identify it when it is seen again so that we can understand where birds go and what they do. Birders can also take part in bird counts. In Britain a “Big Garden Birdwatch” project takes place one weekend each year in late January. Over 400.000 people watch the birds in their gardens for one hour and are asked to make a list of how many they see during this time. By comparing the results with other years this helps us to see which birds are surviving well, and which ones are becoming less common.

Birders are always reminded how important it is not to disturb the birds. This is particularly important in the nesting season. If birds are nesting on the ground in fields or reedbeds one should never go anywhere near them. Some birds get used to humans being near, but others may be very shy of humans.

Some national organizations which are concerned with birds include: