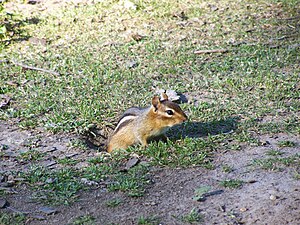 A chipmunk comes out of its burrow 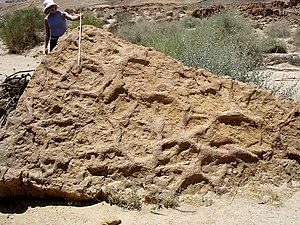 A series of Crustacean burrows in a Jurassic limestone, southern Israel
For other uses, see Burrow (disambiguation).

Sometimes a burrow has a special name when it is made by a certain kind of animal. For example, a rabbit's burrow is called a warren.