Reiner was born Carlton Reiner in the Bronx, New York on March 20, 1922, the son of Irving, who was a watchmaker, and Bessie (née Mathias) Reiner.[2] His parents were Jewish immigrants, his father from Romania and his mother from Austria.[3]

Reiner self-identifies as a Jewish atheist.[4] 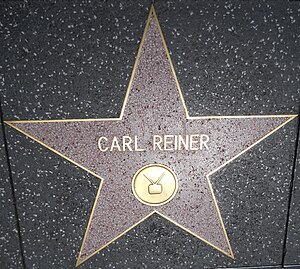 Star on the Hollywood Walk of Fame at 6421 Hollywood Blvd