A map of the republic. 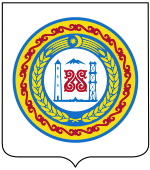 Coat of arms of Chechnya.

Chechnya (officially called the Chechen Republic of Ichkeria; Chechen language: Нохчийн Республика, Noxçiyn Respublika; Russian: Чече́нская Респу́блика, Chechenskaya Respublika) is a federal subject in Russia. It is located in the Caucasus region. The capital is Grozny.

Most people in Chechnya are Muslims and are of ancient Hurrian roots who spoke a Caucasian language. Most Chechens belong to the Shafi`i school of Sunni Islam.[1]

Chechens speak their own language, not related to the Russian language. Chechen is part of the Northeast Caucasian, or Vainakh, family, while Russian is a Slavic language.[2][3]

Russia has claimed Chechnya as part of its country since the Russians invaded the Caucasus in the 18th century.

The current leader of the Chechen Republic is Ramzan Kadyrov.[4] He is also the son of the 1st Chechen President, Akhmad Kadyrov.