Computer memory is a temporary storage area. It holds the data and instructions that the Central Processing Unit (CPU) needs. Before a program can run, the program is loaded from storage into the memory. This allows the CPU direct access to the computer program. Memory is needed in all computers.

Computer scientists had to agree on which code would represent each character. Most modern computers use ASCII, the American Standard Code for Information Interchange. In ASCII each code is eight bits – any combination of 0s and 1s – and form one character. The letter A is denoted by the code 01000001.

The numbers are multiples of two. This is why a kilobyte of memory is 1024 bytes and not 1000 as would be the case for kilogram. To try to avoid this confusion the International Electrotechnical Commission (IEC) use the names kibibyte, mebibyte, and gibibyte for binary powers. They use kilobyte, megabyte, and gigabyte to mean powers of 10. The Joint Electron Device Engineering Council (JEDEC) have kept the older names. To make it worse the sizes of computer storage, such as hard disk drives (HDD), are measured in powers of ten. So a 500GB disk drive is 500 x 1000 x 1000 x 1000 bytes. This is a lot less that 500GB of memory which is 500 x 1024 x 1024 x1024. Most computer scientists still use the old names and have to remember that the units are different when talking about memory and storage devices.

There are some programs and instructions which the computer will always need. Read only memory (ROM) is the permanent memory which is used to store these important control programs and systems software to perform functions such as booting up or starting up programs. ROM is non-volatile. That means the contents are not lost when the power is switched off. Its contents are written when the computer is built, but in modern computers, the user can change the contents using special software.

Random access memory (RAM) is used as the working memory of a computer system. It stores input data, intermediate results, programs, and other information temporarily. It can be read and/or written. It is usually volatile, which means that all data will be lost when the power is turned off. In most cases it is loaded again from the hard disk which is used as data storage. 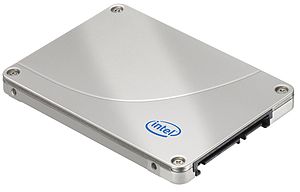 It can sometimes refer to computer storage. These are always non-volatile.
Examples inlcude: