Daytime view of the theatre, showing art deco sculptured plaque. Legend reads 'The most celebrated music hall in the world'. 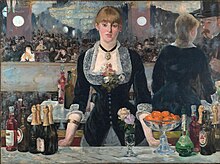 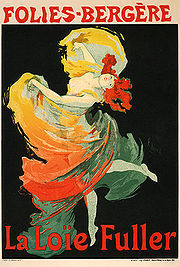 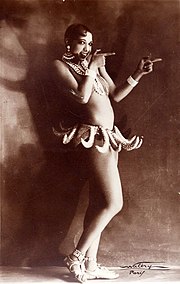 The Folies Bergère [1] is a nightclub in Paris which opened in 1869 as a music hall.[2] It was at the height of its fame and popularity from the 1890s until the Second World War. It is still in business.

It opened on 2 May 1869 as the Folies Trévise, offering operettas, comic opera, popular songs, and gymnastics. It became the Folies Bergère on 13 September 1872, named after a nearby street, the rue Bergère. [3]

In 1882, Édouard Manet painted the famous A Bar at the Folies-Bergère.

In 1918, Paul Derval (1880–1966) made his mark on the review. During his 48 years at the Folies, he launched the careers of many French stars including Maurice Chevalier, Mistinguett, Josephine Baker, Fernandel and many others.[4]

Many famous entertainers have performed at the Folies Bergère: