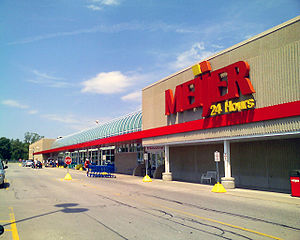 Grand Rapids is the county seat of Kent County. It is the second largest city in the state, after Detroit. The third largest is Warren.

The city has many attractions, including the Frederik Meijer Gardens and Sculpture Park and John Ball Park, which is a zoo. Grand Valley State University has a campus in downtown Grand Rapids.