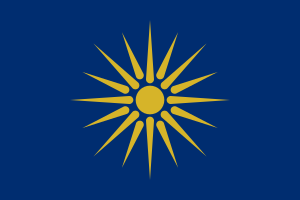 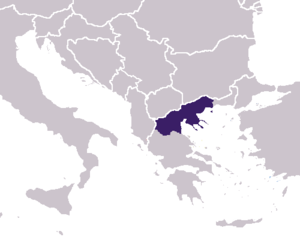 Macedonia is a historical and geographical region in northern Greece. It is the second most populous region of Greece and usually it is referred as Northern Greece along with Thrace. It is situated between the Pindus Mountains and river Nestos and it borders west with Epirus and Thessaly, northwestern with Albania, north with North Macedonia, northeastern with Bulgaria and east with Thrace. Its south coasts are washed by the Aegean Sea. Macedonia is separated in three smaller peripheries: West Macedonia, Central Macedonia and East Macedonia and Thrace. It has a total population of 2,424,765 inhabitants according to the 2001 census and its total area is 34,177 km². The capital of Macedonia is Thessaloniki and has a population of about 1,000,000 inhabitants. Macedonia's national anthem is Μακεδονία Ξακουστή which means Famous Macedonia.

Macedonia has many mountains and the tallest is Mount Olympus which has a high of 2,917 meters. There are also many valleys that are some of the biggest in the whole Greece. Rivers such as Aliakmon, Axios, Nestos, and Strymonas cross these valleys and drain into the Aegean Sea.

Macedonia consists 13 prefectures and sometimes it is said to be 14 because there is also a monastery region, Mount Athos, which is autonomous.

And the population of the largest towns: 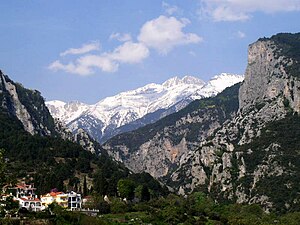 View of Mount Olympus from the village Litochoro. 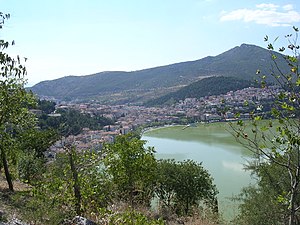 Panorama of Kastoria with its lake.