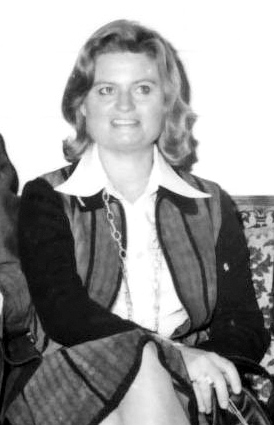 Hannelore Kohl (7 March 1933 – 5 July 2001) was the wife of former German Chancellor Dr. Helmut Kohl. She met him for the first time in Ludwigshafen, Germany, when she was 15 years old.

She was born in Berlin as Eleonore Johanna Renner, and later, she changed her first name to "Hannelore". When her husband was chancellor she set the up the Hannelore Kohl Stiftung (that is the Hannelore Kohl Charity) and the Kuratorium ZNS, a foundation to help find a cure for illnesses of the central nervous system.

On 5 July 2001, Mrs Kohl was found dead in her home in Ludwigshafen. She had apparently committed suicide with an overdose of sleeping pills. She was said to have suffered from photo allergy (sunlight burns the skin).

However, journalist Andrew Gimson, writing in The Spectator[1] questioned official version of events, and so did the German newsmagazine, Stern and the BBC.[2]