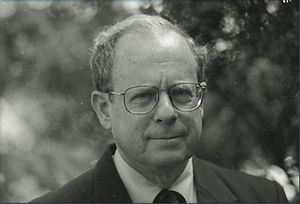 Jeremy J. Stone (November 23, 1935 – January 1, 2017) was an American nuclear arms-control activist. He served as president of the Federation of American Scientists from 1970 to 2000. It led initiatives in arms control, human rights, and foreign policy. He retied inn 2000. Stone continued his work at a new organization called Catalytic Diplomacy.[1]

Stone was born in New York City, New York. He studied at the Massachusetts Institute of Technology and at Swarthmore College. Stone died in Carlsbad, California on January 1, 2017 from complications of prostate cancer, aged 81.[2]