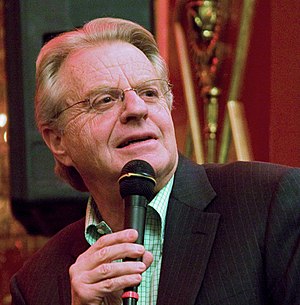 Gerald Norman "Jerry" Springer (February 13, 1944) is an English-born American talk show host, movie, television, radio, and stage actor. He is host for The Jerry Springer Show. He served as Mayor of Cincinnati from 1977 to 1978 as a Democrat.[1]