Carson was born in Corning, Iowa, in 1925, to Homer Lloyd "Kit" Carson, a power company manager, and Ruth (Hook) Carson, who was of Irish ancestry. He grew up in the nearby towns of Avoca, Clarinda, and Red Oak in southwest Iowa before moving to Norfolk, Nebraska, at the age of eight. At the age of twelve, Carson found a book on magic at a friend's house and immediately purchased a mail-order magician's kit. He debuted as "The Great Carsoni" at age 14 and he was paid US$3; many other performances at local picnics and country fairs followed. 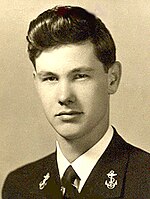