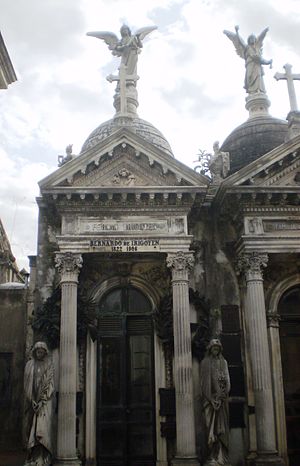 A mausoleum is a building used to store the remains of people who have died. Instead of being buried in soil, like in a cemetery, they are placed in chambers behind walls, or in a vault under the floor.

Soviet leader Lenin is a mausoleum. In 1953, Joseph Stalin was buried next to him but his body was removed during destalinization.