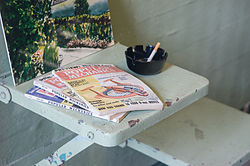 Popular Mechanics is an American magazine devoted to science and technology. It was first published January 11, 1902 by H.H. Windsor, and has been owned since the 1950s by the Hearst Corporation There is also a Latin American edition that has been published for decades and a newly formed South African version available.