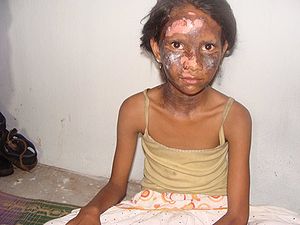 A Christian girl was burned by Hindu nationalists during violence in Orissa, India in 2008.