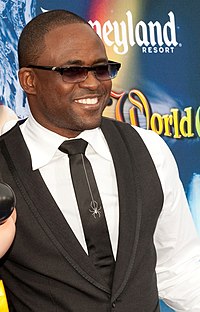 Wayne Alphonso Brady (born June 2, 1972) is an American actor, singer, comedian and television personality. He is best known for his work as a regular on the American version of the improvisational comedy television show Whose Line Is It Anyway?. He has also daytime talk show The Wayne Brady Show, the original host of Fox's Don't Forget the Lyrics!, and the host of Let's Make a Deal on CBS.

Brady was born in Columbus, Georgia. He moved to Orlando, Florida as a young child to live with his grandmother and aunt.[1]