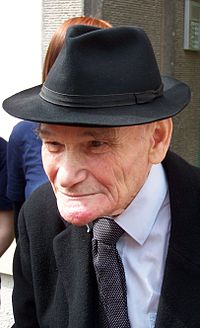 William Wolff (13 February 1927 – 8 July 2020) was a German-British journalist and rabbi. He was born in Berlin. He worked as a department head at the Daily Mirror.

Wolff was responsible for domestic policy, but then switched to foreign policy with the special topic of Britain's entry to the European Economic Community. He was responsible for company news for four years. In Germany, he also appeared in the early 1970s on the television program Der Internationale Frühschoppen.[1]