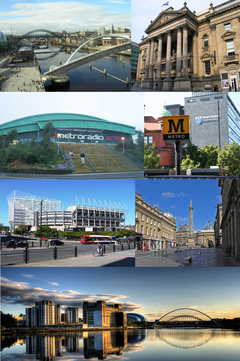 A montage of Newcastle. 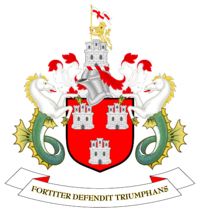 Newcastle upon Tyne is a city in north-east England. About 250,000 people live in the city, though more live in the area around it.

Newcastle is one of the biggest cities in England and is mostly famous for the River Tyne, Angel of the North, Newcastle Brown Ale, the Great North Run, and the iconic Millennium Bridge. The local dialect and accent is called the Geordie dialect. Pronunciation of "alright", "town" and "house" is "areet", "toon" and "hoos".

Ant and Dec are from Newcastle