For animals of the mammal order, see Carnivora. 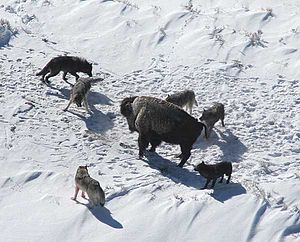 The word "carnivore" describes more than just the scientific order Carnivora. However, almost all animals in the Carnivora do eat meat, though a few do not.[2] 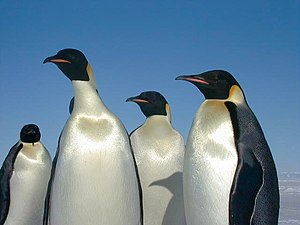 Unlike tigers, Penguins don't need teeth and claws to be carnivores. They feed on crustaceans, fish, squid, and other small marine life.

Great Blue Heron with a snake