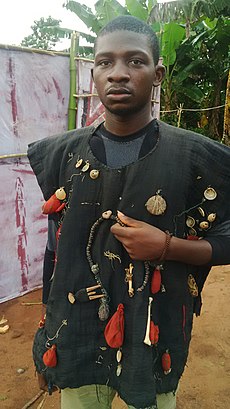 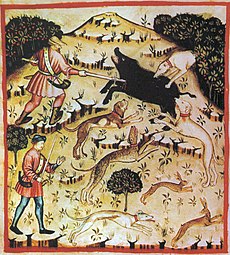 Hunting is going out to find and kill animals. Animals and some humans, hunt for food. People have hunted at least since the stone age. They used spears, and now people mostly use guns and bows. Some people kill the animals for fur, to make clothes and shelter, or to decorate their homes, or to sell. Fox hunting is sometimes a sport.

Many places have rules that limit hunting. Hunting can be good by keeping animal populations from getting too high. Hunting too much, though, can kill off species of animals, making them extinct. Hunting once made the dodo, a bird, become extinct.

Before they invented herding people got meat by hunting. Boar hunting and fox hunting became became popular in early modern times. Another form of hunting is not to use guns, bows and arrows or spears, but by animal trapping.