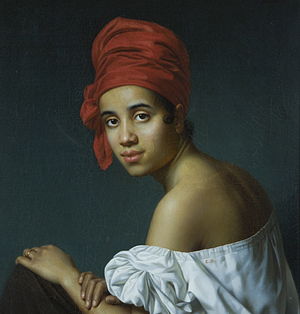 Jacques Amans Creole in a Red Turban. Painting from about 1840.

In the Middle ages, many Europeans were seafaring nations. They discovered new countries. Creole people are people who descended from people of different ethnic backgrounds. At the start, usually the father was European, and the mother was local. With time, whole societies of such people were formed.

There were three big groups:

Since about the 18th century, the criollos make up the majority of people in many countries.