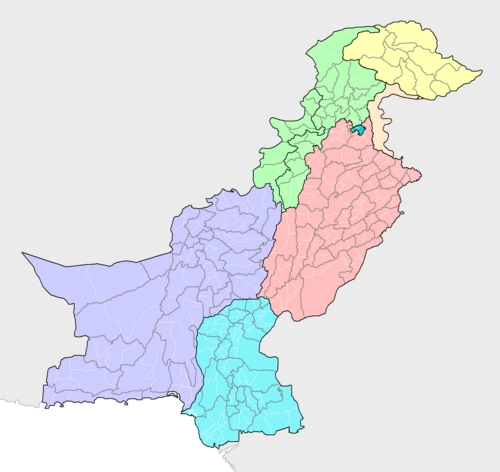 Before 2001, there were 106 districts but they were reorganised and reduced to 102. Five districts of Karachi, Central, Karachi East, Karachi South, Karachi West and Malir were joined to form Karachi District. These five districts had formed the division of Karachi which was abolished. The number of districts rose to 106 again in December 2004, when four new districts[12] were created in the province of Sindh of which one (Umerkot) had existed until 2000 and three districts (Kashmore, Qambar and Jamshoro) were newly created.