The Governor of the Commonwealth of Pennsylvania is the head of the executive branch of Pennsylvania's government[2] and the commander-in-chief of the state's military.[3]

The job of the governor is to enforce state laws and to approve or veto bills passed by the Pennsylvania Legislature.[4] The governor may grant pardons except in cases of impeachment.[5]

There have been seven presidents and 46 governors of Pennsylvania. Two governors serving non-consecutive terms. There have been a total of 55 terms in both offices. The longest term was that of the first governor, Thomas Mifflin. He served three full terms as governor and two years as president. The shortest term belonged to John Bell. He served only 19 days as acting governor after Edward Martin resigned. The current governor is Tom Corbett. His term began on January 18, 2011.

Pennsylvania was one of the first thirteen colonies. It became a state on December 12, 1787.

The Presidents of the Supreme Executive Council 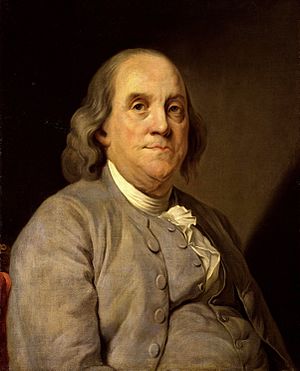 The first constitution in 1776 created the Supreme Executive Council as the executive branch. The President was the leader of the Council.[6] The president was picked each year by the council.[7]

The 1776 constitution created the position of "vice-president" but it did not say what should happen if the president left office. This happened four times. Sources from that time still listed the chief executive as the vice president when that person acted as the president. One acting president, George Bryan, has since been recognized as a governor. This is because he acted as president for over six months.

Governors of the Commonwealth of Pennsylvania

The 1790 constitution ended the council. It replaced the president with a governor,[8] and created a three-year term for governor. This term started on the third Tuesday of the December after the election. A governors could not serve more than nine out of any twelve years.[9] The 1838 constitution moved the start of the term to the third Tuesday of the January after the election. It allowed governors to only serve six out of any nine years.[10] The 1874 constitution lengthened the term to four years. It said that governors could not succeed themselves (be elected to another term while still in office).[11] The current constitution of 1968 changed this to allow governors to serve two consecutive terms.[12] There are no limits on the number of terms a governor may serve in total as long as there is a four year break after a second term.