The James Norris Memorial Trophy is given out to the National Hockey League's best "defense player who demonstrates throughout the season the greatest all-round ability in the position".[1] The James Norris Memorial Trophy has been awarded 53 times to 22 different players since it was first created in 1954. At the end of each season, members of the Professional Hockey Writers' Association vote to decide the player who was the best defenseman during the regular season.

The trophy is named in honour of James E. Norris, owner of the National Hockey League's Detroit Red Wings from 1932 to 1952.[1] The trophy was first awarded at the end of the 1953–54 NHL season.

Bobby Orr of the Boston Bruins won the award for a record eight seasons in a row (1968–75). Doug Harvey won the award seven times, while Nicklas Lidstrom has won it six times in his career and Ray Bourque won it five times during his career. The Boston Bruins have won the most Norris Trophies with 14. The Montreal Canadiens are second with 11.[2]

The voting is done at the end of the regular season by members of the Professional Hockey Writers Association, and each voter picks their top five candidates on a 10–7–5–3–1 points system.[5] Three finalists are named and the trophy is awarded at the NHL awards ceremony after the end of the playoffs. 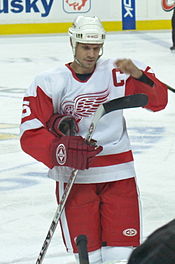 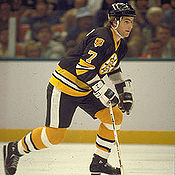 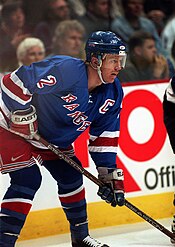 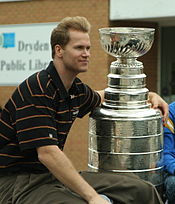