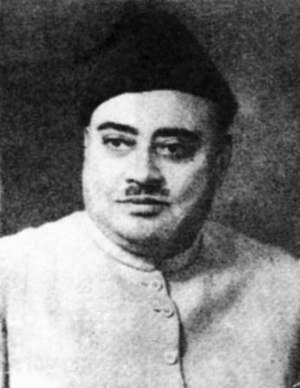 the 2nd governor-general of Pakistan 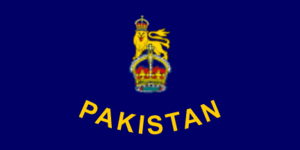 Flag of Governor General of Pakistan

Sir Khawaja Nazimuddin, KCIE (Urdu: خواجہ ناظم الدین, Bengali: খাজা নাজিমুদ্দীন Khaja Nazimuddin) (July 19, 1894 - October 22, 1964) was the second Governor-General of Pakistan, and later the second Prime Minister of Pakistan as well. He was born in Dacca, Bengal, British India (now Dhaka, Bangladesh) into the family of the Nawabs (rulers) of Dacca, who had come from Kashmir and settled there. He received his education from Dunstable Grammar School in England, then Aligarh Muslim University, and later Trinity Hall, Cambridge University until the mid-1930s. After returning to British India, he became involved in politics in his native Bengal. Nazimuddin was initially the Education Minister, but climbed the ranks to become the Chief Minister of the province prior to independence. Nazimuddin also became the head of the Muslim League in Eastern India.