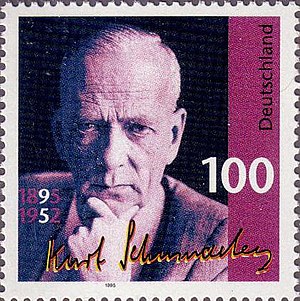 Schumacher was born as the son of a salesman. When World War I started, he left school to join the German army. In December 1914, he was badly hurt. His arm had to be removed. After this, he went back to school in Berlin to study Law and politics. While there, he became a socialist. In 1924, he was elected to the legislature in Württemberg. He became the SPD leader for Württemberg in 1928. In 1930, he was elected to the national legislature, the Reichstag.

After the World War II, Schumacher put the SPD back together. He was first chief of the Social democrats in West Germany after the WWII. He was also their first speaker in the federal parliament (Bundestag) and first leader of opposition in the Bundestag.