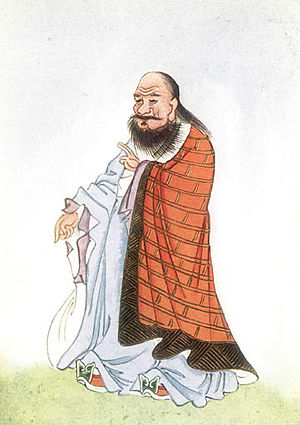 Lao Tzu (老子 Lǎo zi, 6th century BC) was one of the most famous Chinese philosophers. Not much is known of the details of his life, and some have thought he was not a real person. He was the author of a book called Tao Te Ching, The Way of Life, a work of about 81 stories with a consistent theme or moral.

According to this book, Tao ("the Way") does not change and it is the universal truth. His Taoism has been enormously influential in China. Lao Tzu is also known as the main source of Taoism (or Daoism). His name translates as "Old Master" in English.

Examples from the Tao