The List of Indian football teams is evolving. The list is changing as the popularity of Association football (soccer) grows in India.[1]

The Indian Football Association (IFA) was established in Calcutta in 1893.

The National Football League was established in 1996 by the All India Football Federation. 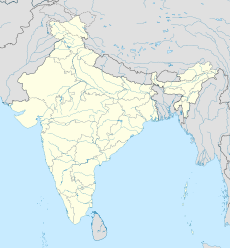 Shillong Lajong
Locations of teams in the 2010–11 I-League

The I-League 2nd Division has 21 clubs.

Langsning
Location of teams in the 2012 I-League 2nd Division