(in order of vertical drop) 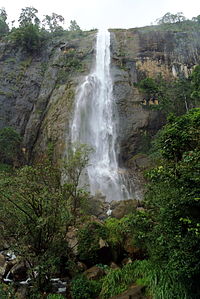