Nissan (In Japanese: 日産自動車株式会社; Nissan Jidōsha Kabushikigaisha) is a company from Japan which makes vehicles, including cars, trucks, and buses. In the United States it was previously called Datsun.

Nissan makes cars under its own name, while its luxury cars have the brand Infiniti. In 1999, it made a partnership with Renault of France, and was joined by Mitsubishi Motors in 2016.[7] 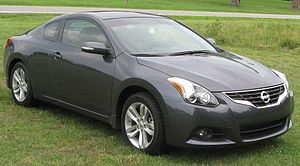 The Nissan Altima is a sedan 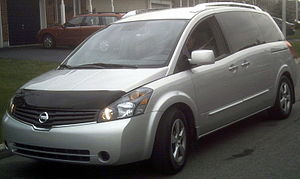 The Nissan Quest is a minivan

The Nissan Leaf is the world's best-selling all-electric car