Pierre (pronounced "peer") is the capital city of South Dakota, a state of the United States of America. As of the 2010 census, it had a population of 13,646.[1] Pierre is the county seat of Hughes County. Started in 1880 on the Missouri River across from Fort Pierre, Pierre has been the state capital since 1889.

Pierre lies on rough river bluffs overlooking the Missouri River. It is a few miles away from Lake Oahe, one of the largest man-made lakes in the world, and a very popular fishing destination. 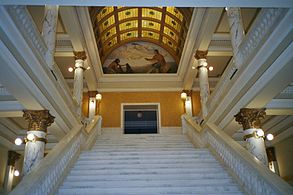 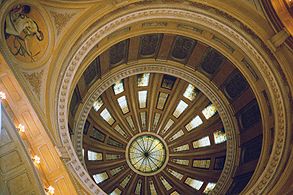 Dome of the Capitol