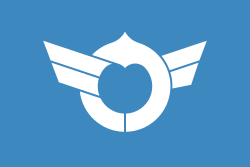 Shiga Prefecture (滋賀県, Shiga-ken?) is a prefecture in the Kansai region of Japan on the island of Honshu.[1] The capital is the city of Ōtsu.[2]

Shiga used to be called Ōmi Province or Gōshū before Japan began using the prefectural system.[3]

Lake Biwa is at the center of this prefecture. The lake divides the prefecture into four areas:

Cities in Shiga Prefecture include

National Parks are established in about 37% of the total land area of the prefecture.[4] 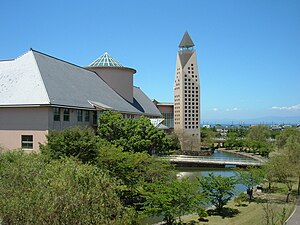 There are ten universities, two junior colleges, and a learning center of The Open University of Japan in Shiga.[5]

Shiga has agreements with three states.[6]

Takebe jinja is the chief Shinto shrine (ichinomiya) in the prefecture. [7]