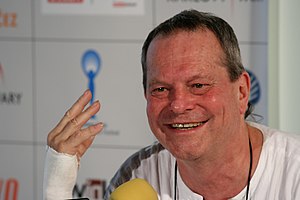 Terry Gilliam at the Karlovy Vary International Film Festival in 2006

Terry Gilliam (born November 22, 1940)[1] is an American-British cartoonist and filmmaker. He was born in Minnesota and grew up in California, but he now lives in England and is a British citizen.