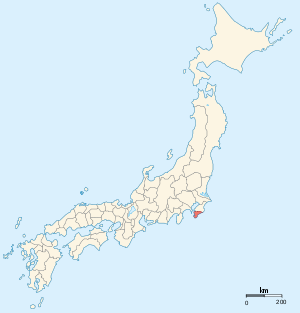 The province was on the tip of the Boso Peninsula (房総半島). 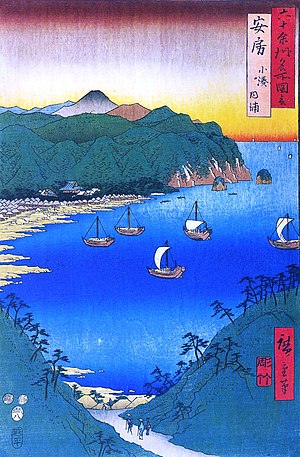 Awa Province was created during the reign of Empress Genshō.[3]

In the Meiji period, the provinces of Japan were converted into prefectures. The maps of Japan and Awa Province were reformed in the 1870s.[4]

Awa jinja[5] was the chief Shinto shrine (ichinomiya) of Awa. [6]