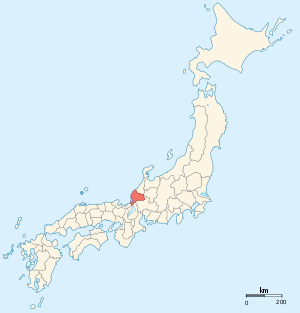 The ancient capital city of the province was at Echizen. 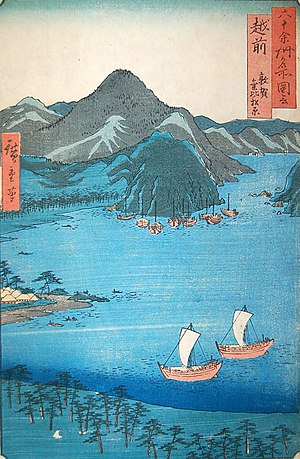 The boundaries of Echizen were formally established during the reigns of Empress Genshō and Empress Kōken.[2]

Before the boundaries were established, this area including Etchū and Echigo were called Koshi.[3]

In the Edo period, the daimyo of Fukui Domain lived at Fukui.

In the Meiji period, the provinces of Japan were converted into prefectures. The maps of Japan and Echizen Province were reformed in the 1870s.[4]

Kehi jingū was the chief Shinto shrine (ichinomiya) of Echizen.[6]