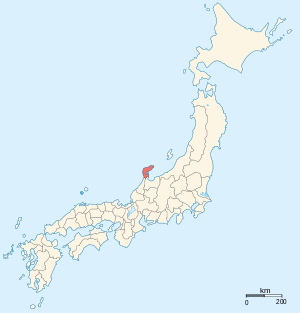 The province had borders with Etchū and Kaga provinces.

The ancient capital city of the province was Nanao. 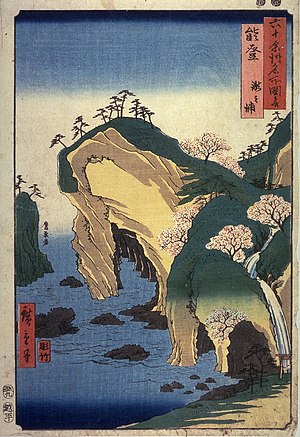 Noto Province was created during the reign of Empress Genshō.[2]

In the Meiji period, the provinces of Japan were converted into prefectures. The maps of Japan and Noto Province were reformed in the 1870s.[3]

Keta jinja was the chief Shinto shrines (ichinomiya) of Noto. [4]