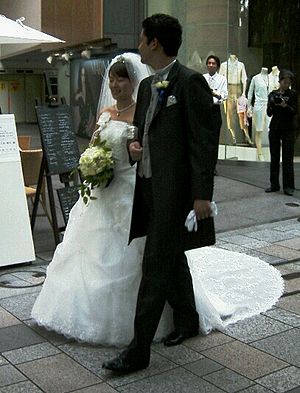 A wedding is a kind of ceremony.

A ceremony is an activity performed at a special time usually with according seriousness. Ceremonies may be done to celebrate an event or rite of passage.

A ceremony may mark a rite of passage in a person's job or life, showing how important it is. Examples:

In Asian cultures, ceremonies are also important, for example the tea ceremony.