Electrical resistance is the repulsion of a current within a circuit. It explains the relationship between voltage (amount of electrical pressure) and the current (flow of electricity).

Resistance, discovered by Georg Simon Ohm in 1827, is the ratio between voltage and current. Ohm's law said that the voltage between any two points in a conductor changes directly as the current between the two points, given the temperature remains the same. He described it with the equation:

which models the ratio, where:

Example: Calculate the resistance of copper wire with a radius of 2mm and a length of 5 meters. 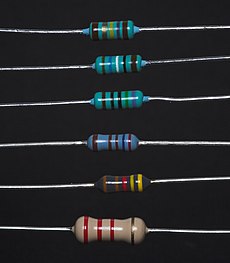