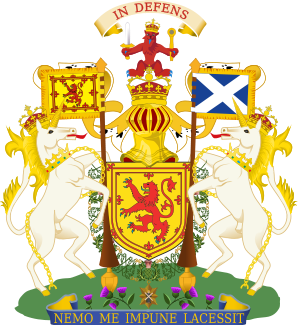 Coat of arms of the Kingdom of Scotland

This is a list of the Kings and Queens of Scotland. This list goes from 843 until when England and Scotland joined together in 1707.

The House of Alpin traditionally ends in 1034, although this list continues to 1058. 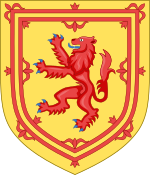 Arms of Scotland: Or a lion rampant within a double tressure flory counterflory gules

The House of Dunkeld may have begun in 1034. 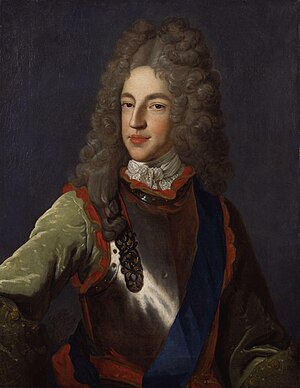 King "James VIII/III", son of James VII/III who claimed the throne during the Jacobite wars, claimant from January 1701 to 1766.

Note: there have been other claims to the Scottish throne besides these

Line of succession after Henry IX

Although not claiming the throne there have been many people after Henry IX who have had the right to the throne, these are his descendants.

The heir after Francis II is his brother Prince Max (Max I) and his daughter Sophie (Sophie I).