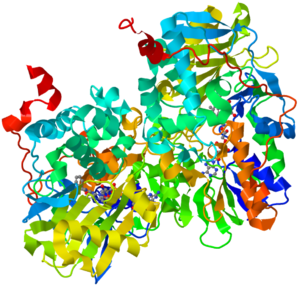 As MAOIs drugs can be fatal if someone takes too much, they are usually only ever given when other antidepressant drugs have failed. Some newer drugs such as selegiline and moclobemide have proven to be safer than the older MAOIs and are prescribed by physicians in the first instance.

MAOIs and RIMAs are used to provide a second line of treatment for certain psychiatric illnesses, most commonly types of hard to treat depression with not normal symptoms and anxiety disorders (with or without panic attacks. They may also be used for social phobia. MAO-B inhibitors are used to treat Parkinson's disease. Certain MAOIs have been shown to help people to stop smoking tobacco.

Monoamine oxidase inhibitors work by stopping the action of an enzyme called monoamine oxidase. This enzyme breaks down a group of brain signalling chemicals called the monoamine neurotransmitters. There are two types of the enzyme, MAO-A and MAO-B. Each type breaks apart different chemicals in the group. MAO-A breaks down melatonin, serotonin, epinephrine and norepinephrine. MAO-B breaks down phenylethylamine and the trace amines. These chemicals (neurotransmitters) are used in the brain for signalling purposes. Dopamine, for example, is a chemical that affects motivation and pleasure. Effectively, they work on balancing the brain's chemistry.

Like all drugs, MAOIs and RIMAs can have effects that are not intended and are not part of the treatment that the drugs provide. In this class of drug, these include a risk of a hypertensive crisis. This can be caused by high levels of tyramine; such as by eating cheese (except cream or cottage cheese, meat extracts such as Bovril, yeast extract, stock cubes, fermented soya bean products, alcohol (especially fortified wine (port, sherry), beer and chainti wine. Also preserved fish, preserved poultry, offal, avocado, banana skins, broad bean pods and pickled or smoked herring must be avoided. Certain medications can also cause a hypertensive crisis with MAOIs and RIMAs, such as; amphetamine, fenfluramine, ephedrine, phenlyephrine, phenylpropanolamine, nasal decongestants, L-dopa, pethidine and tricyclic antidepressants. Use of a RIMA rather than a MAOI can reduce these side-effects, however tyramine rich foods should still be avoided.